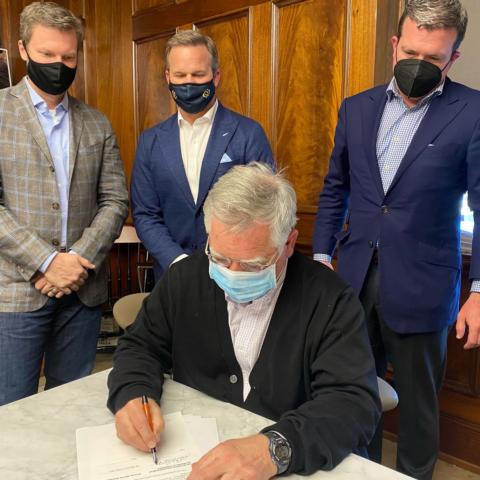 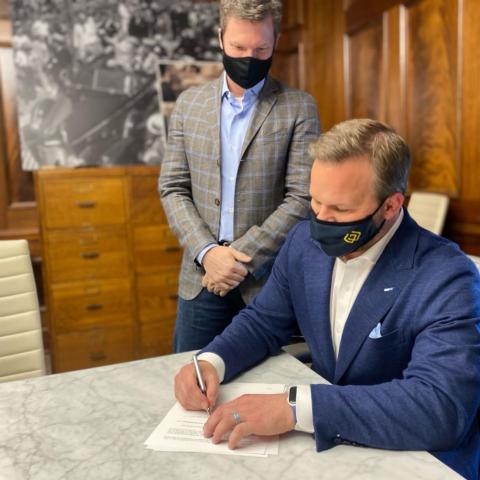 Metropolitan Government of Nashville and Davidson County and Bristol Motor Speedway (BMS) have entered into a letter of intent to renovate historic Nashville Fairgrounds Speedway (NFS) for the potential return of NASCAR events at the legendary racetrack.

The Speedway is the second-oldest operating motor speedway in the United States, dating back to 1904. It has a storied connection with racing, including being a showcase for legendary drivers such as Dale Earnhardt, members of the Petty family and our own Darrell Waltrip.

Subject to approval by the Board of Fair Commissioners and Metropolitan Council, Bristol Motor Speedway would have a long-term contract to lease, manage, and operate Nashville Fairgrounds Speedway, as well as assume financial responsibility for track renovations and ongoing maintenance.

“The goal of the partnership is to bring our historic racetrack back to life as a valuable and exciting part of the Fairgrounds,” said Mayor John Cooper. “We have an obligation to maintain the track, so it is smart for Nashville to engage a strong, long-term partner from the auto racing industry to operate it successfully. The business terms in this LOI protect Nashville, with multiple revenue streams to make this a financial success. We can put this landmark back on the national stage. I look forward to working with the Fair Board and the Metro Council in the months ahead.”

Mayor Cooper’s intention is to bring back high-level racing at no cost to taxpayers, and even generate excess revenue from what is currently a money-losing operation. The renovation of the Speedway will be supported by multiple revenue streams including user fees and taxes paid by patrons of the venue, lease payments, a potential naming rights deal. In addition to NASCAR, Metro anticipates revenues from non-racing events, such as concerts and other entertainment events, including events sponsored by the Nashville Convention and Visitors Corporation. This letter of intent follows a planning process for the site that includes greenway access, ADA compliance, connectivity to Fairgrounds facilities and integration with the soccer stadium.

Key terms of the letter of intent, signed late Thursday by Mayor Cooper and Speedway Motorsports President and CEO Marcus Smith, include:

“We can work together to transform Nashville Fairgrounds Speedway into an amazing multipurpose entertainment destination,” said Smith.  “We’re ready to roll up our sleeves and go to work to fully restore the speedway, recruit national events and breathe new life into a venue that has a legendary status in auto racing history.”

Partnering with Bristol Motor Speedway is an opportunity to preserve and reinvigorate one of Nashville’s unique entertainment assets. “The Historic Fairgrounds Speedway deserves an opportunity to rekindle its great reputation. The relationship with BMS racing is an incredible opportunity to restore this track and bring top tier racing back home,” added Butch Spyridon, President and CEO of the Nashville Convention & Visitors Corporation.

If the partnership is approved, Speedway Motorsports would expand its nationally acclaimed Speedway Children’s Charities to include Nashville. The organization’s mission is to solve challenges affecting young people, including health, learning, homelessness, and other issues, by supporting local charitable partners. Since 1982, Speedway Children’s Charities has donated more than $60 million to nonprofit partners nationwide.