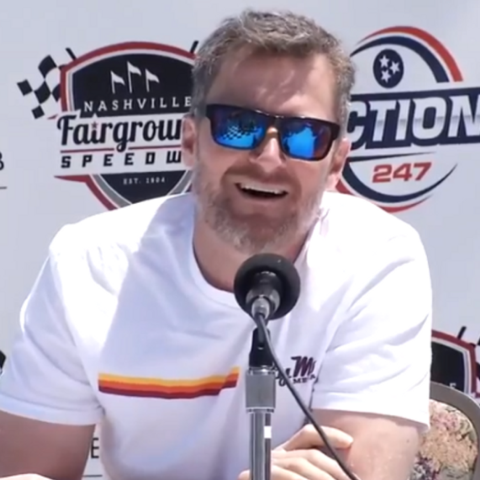 Article from The Tennessean

Father's Day might be a little more special this year for Dale Earnhardt Jr. and Chase Elliott, who each followed in their fathers' tire tracks and began their careers at Nashville Fairgrounds Speedway.

Earnhardt and Elliott, who also followed their dads to NASCAR greatness, will be back in the Nashville area Sunday when the NASCAR Cup Series returns for the first time in 37 years with the inaugural Ally 400 at a different track: Nashville Superspeedway in Gladeville.

Earnhardt, one of NASCAR's most influential individuals, will be an analyst for the race on NBC, and Elliott is one of the sport's top drivers.

It will be a historic event, but not the return of the NASCAR Cup Series to the area Earnhardt or Elliott envisioned. Their affinity for Nashville Fairgrounds Speedway kept them hoping the Cup Series would return to the venue where their fathers Dale Earnhardt Sr. and Bill Elliott helped propel the sport to its heyday.

"I'm excited to get close to Nashville; I think it's a great city that NASCAR should be racing in," said Chase Elliott, 25, winner of the 2020 Cup Series championship. "My thing is just how much of a great opportunity you have there with the Fairgrounds and its location."